As Many Nows as I Can Get 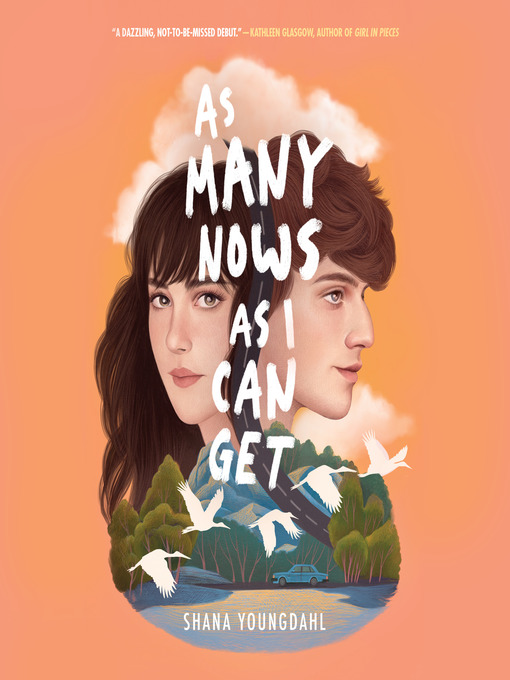 Sample
As Many Nows as I Can Get

"I want to feel everything—what it's like to be that heron, or those clouds, and to jump off that bridge." David's eyes were steady as a bird's as he pointed upriver to where the old metal bridge glinted in the late afternoon sun. I smiled. I'd known people who'd jumped from it, but I'd never considered it. Too risky. Yet, in that moment, feeling like I could control the earth's rotation, I grabbed David's hand and we ran. Behind us we heard the others emerging from the forest to stack firewood on the sand. David pulled up on the guardrails, and steadied himself on a piling. I climbed up next to him. My bare toes gripped the railing as I swayed. David reached for me. Our fists laced together above the water.

"Ready?" he said. I wasn't. But he'd already stepped into the air, so a millisecond behind him, I stepped off the bridge.

I don't remember meeting David Warren. That's just part of growing up in a small town—some people are part of the landscape from the beginning. For many of them, this mountain-in-the-background or oak-tree-in-the-front-yard kind of permanence is just fine, unquestionable. There's little change in their location relative to you, and they travel at predictable speeds. Hannah—my best friend from before I can remember—is like that, dependable like an oak in the front yard, always there. From the time we could toddle we were together: in the preschool sandbox; holding hands on our first day of elementary school; in fourth grade, exploring the trails behind my house and pretending the lookout bench was a one-room school; by middle school, taking cookies to our blue-haired ladies at Christmas. I have no first memory of Hannah, but that doesn't matter. She was at every birthday party from one to eighteen. We grew together until it was time to part, and I left her standing in my front yard certain she'd be waiting there when I returned.

Still, there isn't anything I could conjure from the dry mountain landscape of Graceville, Colorado, that might explain my friendship with David Warren. And so not remembering how I met him is like a black hole.

I asked my mom if she knew when I met David. I was hoping for some story like how we were kids at the park and he knocked me down with a hug but then threw sand in my eye, but Mom said she met his parents in childbirth class.

My roommate, Mina, thinks life in utero is like being behind a curtain, and that babies actually learn much more about the outside world than we give them credit for. She says this is why newborns turn their heads toward their mothers' voices seconds out of the womb. Mina is probably right about this because she's nerdy about things like developmental psych. It makes me wonder if David and I could have been communicating even then.

I bet he called out to me at those birthing classes:

"Hey! Scarlett! Does that breathing calm you?"

And I answered in the secret language of those not-yet-born, "I get more room to kick when she exhales."

David laughed. "Ah, getting cramped in there?"

"Of course! What about you?"

"I can't wait to get out," he said, and elbowed his mother's uterine wall for emphasis.

That's it. That's how I met David Warren. Both of us in utero, cramped as hell, waiting for the right time to drop into position, to escape.

Einstein rocked our conception of the universe because he proved time is not static experience. In other words,... 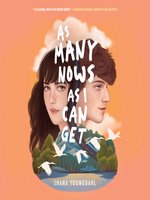 As Many Nows as I Can Get
Shana Youngdahl

As Many Nows as I Can Get
Shana Youngdahl
A portion of your purchase goes to support your digital library.