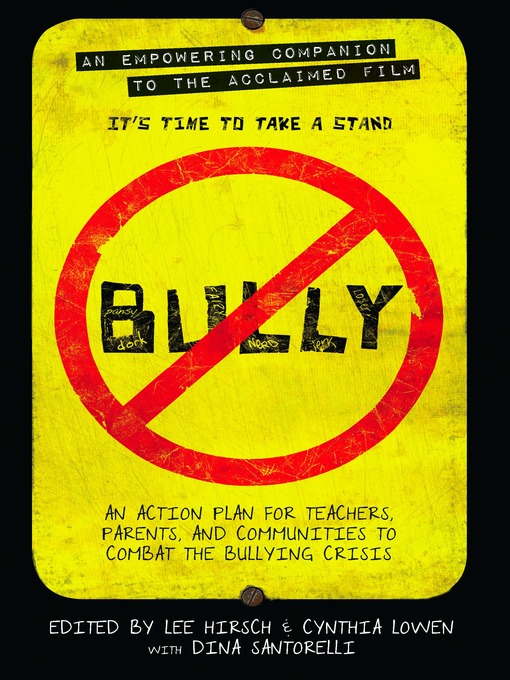 Sample
Bully
An Action Plan for Teachers, Parents, and Communities to Combat the Bullying Crisis

A companion book to the acclaimed documentary film that inspired a national conversation, BULLY is packed with information and resources for teachers, parents, and anyone who cares about the more than...

A companion book to the acclaimed documentary film that inspired a national conversation, BULLY is packed with information and resources for teachers, parents, and anyone who cares about the more than...


Recommend this title for your digital library 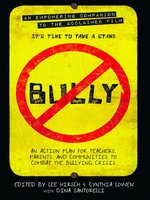 Bully
An Action Plan for Teachers, Parents, and Communities to Combat the Bullying Crisis
Lee Hirsch
Privacy Policy
Thank you for your recommendation

Bully
An Action Plan for Teachers, Parents, and Communities to Combat the Bullying Crisis
Lee Hirsch

Bully
An Action Plan for Teachers, Parents, and Communities to Combat the Bullying Crisis
Lee Hirsch
A portion of your purchase goes to support your digital library.